Carnivale has the greatest pitch in the history of television 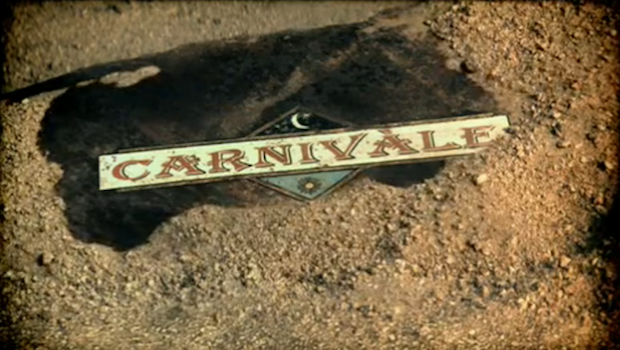 Those who are already fans of Carnivale already know that Daniel Knauf's head trip of a series provided viewers with the coolest opening credit sequence on television, one of the great cinematic tattoos, and the most complex mythology since... well, ever. But did you know that Knauf's original pitch to HBO is, in its detail, style, and inclusion of enough mythology to melt your brain, one of the all-time great TV pitches?

You can check out the pitch, which runs an astounding 61 (!) pages, here. If you don't want to read the whole thing (although I highly recommend it), you can read my take on some of the highlights. Obviously, spoilers abound.


I've really just scratched the surface here. If you love Carnivale and you have time, go check out the pitch in its entirety. If you aren't familiar with the show, go watch it (there are only two seasons), and then read the pitch document.
And if you have a chance, go check out the AV Club's weekly recaps in TV Club Classic. You can refresh your memory of the series, read Todd VanDerWerff's excellent analyses of the episodes, and talk the show to death with fellow fans in the comments. Maybe if we read and write religiously, the AV Club will take pity on us in the way HBO would not, and let VanDerWerff recap the second season, so that we all have more time to bemoan the series' premature cancellation.
Posted by Alex Israel at 11:00 AM