New "Fringe" Finale Trailer: How Excited Are You? 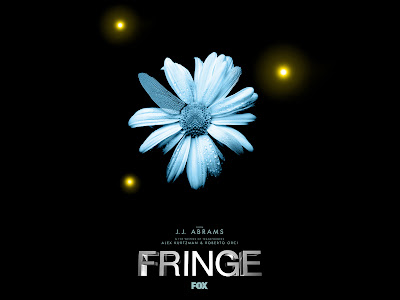 The trailer for the final Fringe episode of the season, ominously entitled "The Day We Died," is here, and boy is it awesome!


Let's discuss, shall we? (Note: this discussion will definitely include information from the most recent episode, so if you haven't seen "The Last Sam Weiss" yet, stop reading now. Also, some minor spoilerage about the upcoming episode is included, so if you don't want to know anything more, you should definitely stop reading.) It appears that this episode will take place entirely (or almost entirely) in the future glimpsed at the end of last week's episode. Judging from the final line of the first promo for the episode, we eventually end up back in the present. However, I would be completely alright with having the entire fourth season set in the dystopian future, after the destruction of the Other Side.

I've spent a lot of time wondering about what Fringe is going to do next season, and I know I'm not alone; the third season has been leading up to the ultimate destruction of one of the universes, and I just couldn't figure out where the show could possibly go once it had obliterated a reality. However, setting season four fifteen years in the future, forcing Peter, Olivia and Co. to deal with the fallout of that decision - not to mention the schemes of Walternate, who appears to have survived the destruction of his world somehow - would be a fascinating place to take the show, and I suspect that the creative team behind Fringe would continue to impress us with their take on a dystopian future.

Now for random fun things from the trailer. I enjoyed the quick glimpse of Boardwalk Empire's dearly departed Pearl (Emily Meade) as a Fringe agent who also happens to be... Olivia's niece, Ella! I'm not entirely sure the baby-faced Meade will be believable as a capable Fringe agent, but I suppose that's kind of the point; in a future as bleak as this one, everyone has to fight. Also digging Broyle's new milky eye, which somehow makes him look even more badass, and is rather reminiscent of a recent development in my favorite web comic. Plus, Astrid with shiny new straight hair! Walter with a prison beard! And the fact that Walter is in prison at all, which raises some intriguing possibilities.

Who else is looking forward to Friday night? Do you want season four to take place in the future? And seriously, how awesome does Lance Reddick look with that eye?
Posted by Alex Israel at 8:12 PM